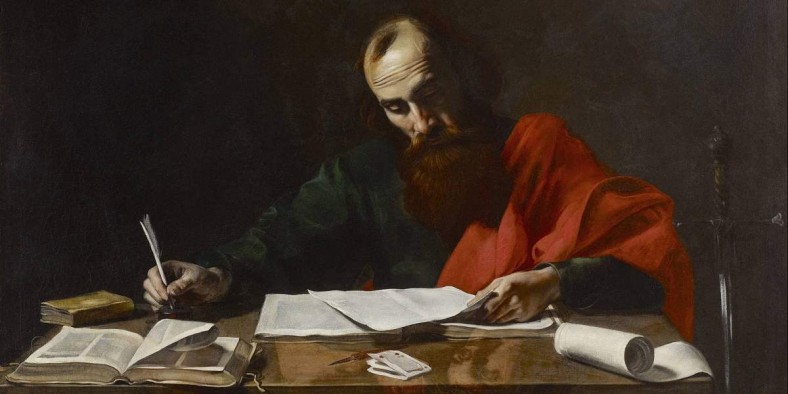 Christianity is based upon the claim that a certain series of events happened in which God revealed himself in action for the salvation of man. It hasn’t a thing to do with any individual man on the outside. Paul’s story, which preceded the gospels by twenty or twenty-five years, is not concerned with what happens to the individual between the cradle and the grave.

If the one called Jesus was a carpenter, a mason, a bricklayer, or a pimp, it would not concern Paul. He was only interested in what happened in an individual. Paul knew he had awakened from the dream of life, but could not share his experiences with others except in words. We are told that he spent his last days from morning to night discussing the kingdom of God and trying to persuade others concerning Jesus, and some believed while others disbelieved.

This is true in this world in which we live. When I tell of what happened to me, individually, my experiences are so unusual the average person will not accept them. They – still in the world of Caesar – are more concerned with how to make that extra dollar then they are in the eternal world of life.

I read a story concerning Lord Russell who, although loving to be called “Lord,” said: “I regard religion as a disease, born of fear. A source of untold misery to the human race.” Well, I tell you it is not a disease, although I know there are numberless forms of interpretation of the great mystery.

Like Paul, I was taught that Christ was a man who came into the world and claimed he was the Messiah to save the world. But I tell you, Christianity is based upon the claim that a certain series of supernatural events happened, in which God revealed himself in action for the salvation of man. When I realized that these events spelled out the pattern man who was Christ, I knew there was no other.

I say the Christ of scripture is a pattern of salvation and not a man separate from yourself.

Opacity (which is doubt) is personified as a thing and called the devil; and this being called “man,” is the limit of contraction. It may be hard to believe, but – as Paul said after his revelation: “The wisdom of this world is foolish in the eyes of God, and the foolishness of God is wiser than men and the weakness of God is stronger then men.” Man believes he is getting wiser and wiser, yet it is only wiser and wiser nonsense. But God allows the nonsense to go on as men give each other medals, knowing that after the revelation man will know that the Bible is not speaking of a messiah to come from without, but from within.

Paul the Apostle, and the above Painting

« Blog: Imperative Passive Mood How, then, can they call on the one they have not believed in? »