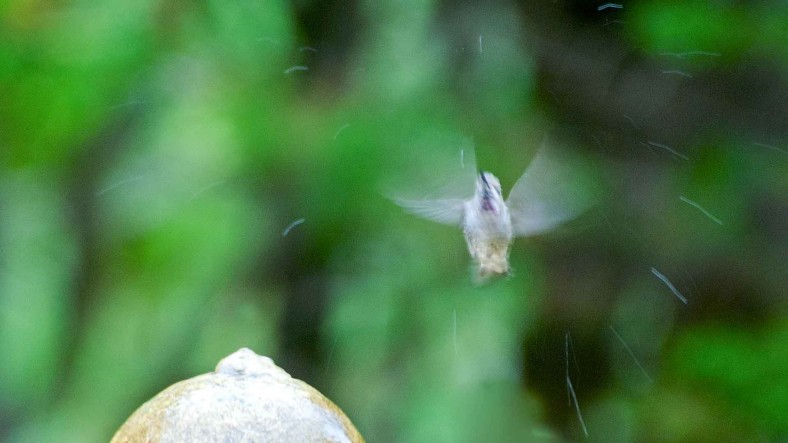 “… let me state the two outstanding names of the Bible: the one you and I translate as GOD or JEHOVAH, and the one we call his son, which we have as JESUS.

The ancients spelled these names by using little symbols. The ancient tongue, called the Hebraic language, was not a tongue that you exploded with the breath. It was a mystical language never uttered by man. Those who understood it, understood it as mathematicians understand symbols of higher mathematics. It is not something people used to convey thought as I now use the English language.

They said that God’s name was spelled, JOD HE VAU HE. I shall take these symbols and in our normal, down to earth language, explain them in this manner.

The first letter, JOD in the name GOD is a hand or a seed, not just a hand, but the hand of the director. If there is one organ of man that discriminates and sets him apart from the entire world of creation it is his hand. What we call a hand in the anthropoid ape is not a hand. It is used only for the purpose of conveying food to the mouth, or to swing from branch to branch. Man’s hand fashions, it molds. You cannot really express yourself without the hand. This is the builder’s hand, the hand of the director; it directs, and molds, and builds within your world.

The ancient story­tellers called the first letter JOD, the hand, or the absolute seed out of which the whole of creation will come.

To the second letter, HE, they gave the symbol of a window. A window is an eye ­­ the window is to the house what the eye is to the body.

The third letter, VAU, they called a nail. A nail is used for the purpose of binding things together. The conjunction “and” in the Hebraic tongue is simply the third letter, or VAU. If I want to say ‘man and woman’, I put the VAU in the middle, it binds them together.

The fourth and last letter, HE, is another window or eye.

In this modern, down to earth language of ours, you can forget eyes and windows and hands and look at it in this manner. You are seated here now. This first letter, JOD, is your I AMness, your awareness. You are aware of being aware ­­ that is the first letter. Out of this awareness all states of awareness come.

The second letter, HE, called an eye, is your imagination, your ability to perceive. You imagine or perceive something which seems to be other than Self. As though you were lost in reverie and contemplated mental states in a detached manner, making the thinker and his thoughts separate entities.

The third letter, VAU, is your ability to feel you are that which you desire to be. As you feel you are it, you become aware of being it. To walk as though you were what you want to be is to take your desire out of the imaginary world and put the VAU upon it. You have
completed the drama of creation. I am aware of something. Then I become aware of actually being that of which I was aware.

You are told this is the name by which all things are made, and without it there is nothing made that is made. The name is simply what you have now as you are seated here. You are conscious of being, aren’t you? Certainly you are. You are also conscious of something that is other than yourself: the room, the furniture, the people.

You may become selective now. Maybe you do not want to be other than what you are, or to own what you see. But you have the capacity to feel what it would be like were you now other than what you are. As you assume that you are that which you want to be, you have completed the name of God or the JOD HE VAU HE. The final result, the objectification of your assumption, is not your concern. It will come into View automatically as you assume the consciousness of being it.

Now let us turn to the Son’s name, for he gives the Son dominion over the world. You are that Son, you are the great Joshua, or Jesus, of the Bible. You know the name Joshua or Jehoshua we have Anglicized as Jesus.

But why is a SHIN put in the name of the Son? Because of the infinite mercy of our Father. Mind you, the Father and the Son are one. But when the Father becomes conscious of being man he puts within the condition called man that which he did not give unto himself. He puts a SHIN for this purpose; a SHIN is symbolized as a tooth.

A tooth is that which consumes, that which devours. I must have within me the power to consume that which I now dislike. I, in my ignorance, brought to birth certain things I now dislike and would like to leave behind me. Were there not within me the flames that would consume it, I would be condemned forever to live in a world of all my mistakes. But there is a SHIN, or flame, within the name of the Son, which allows that Son to become detached from states He formerly expressed within the world. Man is incapable of seeing other than the contents of his own consciousness.

If I now become detached in consciousness from this room by turning my attention away from it, then, I am no longer conscious of it. There is something in me that devours it within me. It can only live within my objective world if I keep it alive within my consciousness.

It is the SHIN, or a tooth, in the Son’s name that gives him absolute dominion. Why could it not have been in the Father’s name? For this simple reason: Nothing can cease to be in the Father.

Even the unlovely things cannot cease to be. If I once give it expression, forever and ever it remains locked within the dimensionally greater Self which is the Father. But I would not like to keep alive within my world all of my mistakes. So I, in my infinite mercy gave to myself, when I became man, the power to become detached from these things that I, in my ignorance, brought to birth in my world.

These are the two names which give you dominion. You have dominion if, as you walk the earth, you know that your consciousness is God, the one and only reality. You become
aware of something you would like to express or possess. You have the ability to feel that you are and possess that which but a moment before was imaginary. The final result, the embodying of your assumption, is completely outside of the offices of a three­-dimensional mind. It comes to birth in a way that no man knows.

If these two names are clear in your mind’s eye, you will see that they are your eternal names. As you sit here, you are this JOD HE VAU HE; you are the JOD HE VAU SHIN AYIN.

The stories of the Bible concern themselves exclusively with the power of imagination. They are really dramatizations of the technique of prayer, for prayer is the secret of changing the future. The Bible reveals the key by which man enters a dimensionally larger world for the purpose of changing the conditions of the lesser world in which he lives.”

« Blog: Jesus Fix these words of mine in your hearts and minds … »